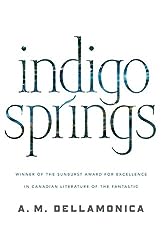 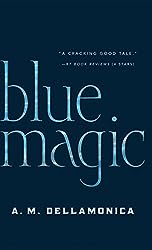 I am pleased to announce that Christopher Morgan at Tor.com has bought the fourth of The Gales, a story called “Losing Heart Among the Tall,” which tells the story of how Gale Feliachild and Garland Parrish convinced Gale’s sister, Beatrice, to hide a certain powerful object that plays a big role in the conspiracy at the heart of Child of a Hidden Sea.

This fantastic news comes hard on the heels of receiving my beautiful Richard Anderson cover art for the third of The Gales, “The Glass Galago,” which will be out early next year.

I thought I’d celebrate by running down the list of every last one of the fictional things I have on the Tor site, available to anyone who’s interested for absolutely free.

So! A Daughter of No Nation will be out in 13 days, and you can read an early chapter of the book here! This novel is the sequel to Child of a Hidden Sea, and here’s the excerpt for that.

The Gales, meanwhile, are prequels to the above two novels. First in order is “Among the Silvering Herd,” and the second is called “The Ugly Woman of Castello di Putti.”

Moving on to a completely different series, you can check out my sexy novelette, “Wild Things,” which is a tie-in to the world of my award winning first novel Indigo Springs and its sequel, Blue Magic.

Last but by no means least, I have two stand-alone works: a time travel horror story called “The Color of Paradox” and my ever-popular ‘baby werewolf has two mommies’ story, “The Cage,” which made the Locus Recommended Reading List for 2010.

Once again, I’m unabashedly posting one of my favorite bits, this one by reviewer Molly Wright, who says:

I really enjoyed this book, it had a taste of the humor/lightness of a young adult novel with the underlying messages and depth of a older book. I don’t know how it was light and deep at the same time, but maybe the author use a spell of some kind like Mary Poppins or Hermione Granger. It also had a wonderful magic system which combine some classic elements with the new.

The body count in my first book, Indigo Springs

, is pretty low. By which I mean that perhaps a dozen people die in it, and only three of those are named characters who get it in the neck onstage. Nevertheless, it’s not a bubbly book. It opens after a magical-environmental disaster has turned much of Oregon into an enchanted, if litter-strewn, forest. Astrid Lethewood has lost her home, her freedom and just about everyone she loves. Will Forest, the police profiler tasked with finding out just how she got to that place, is struggling with the disappearance of his children.

, the follow-up, the death toll is several orders of magnitude higher. I like to think the book has a happy ending, but you may have to squint to see it. (Do you agree? I don’t know if I’ve ever talked about the ending of Blue Magic with anyone.)

By chance, the stretch of time when I was working on that second book included some pretty rough seas. I lost a number of loved ones, and there were other things going on, things that enhanced that illusion we all get now and then, the one where Life, with a capital L, has chosen your ass as her personal scratching post.

When I set out to write Child of a Hidden Sea

, one of my first priorities was to write a fun book, dammitall. Fun for readers, of course, but also for me. One whose point of view character was cheery and optimistic and someone I’d enjoy hanging out with even when her life was turning to crap. No matter what bleak happenstance I also packed into the story–mass extinctions, homicide, kids with abandonment issues, lost friends, a never-ending war with diplomatic red tape, debt, taxes, you name it–I wanted it to have lots of light notes. Froth, even. Bright skies, sandy beaches, and the occasional bit of silliness.

Did I succeed? Judge for yourself. Tor has posted the first chapter here.

A couple weeks ago I told you all that this novelette, which is set in the same universe as my books INDIGO SPRINGS and BLUE MAGIC, was available for pre-order at the usual big e-retailers. Today it’s officially out, and you can read it on the Tor site.

“Wild Things” takes place between the events of the two novels, but is mostly set here in British Columbia rather than in Oregon. It’s a little picture of the mystical outbreak as it plays out in Canada, in other words. Here’s the opening.

My swamp man wasn’t what you’d call a sexy beast, though I found his skin strangely beautiful. It was birch bark: tender, onion-thin, chalk white in color, with hints of almond and apricot. He was easily bruised, attracted lichens, and when he got too dry, he peeled.