You Are Here: Home » gratitude

I’m happy to announce that Tor.com will be publishing the next novelette in The Gales series on January 6th, 2016. The story’s title is “The Glass Galago” and it’s a follow-up to “Among the Silvering Herd

and “The Ugly Woman of Castello di Putti.”

In “The Glass Galago,” First Mate Garland Parrish of the sailing vessel Nightjar finally tells his employer, Gale Feliachild, what it was that got him discharged from the Fleet of Nations.

and A Daughter of No Nation

. Some of you may have heard me characterize the pieces as the adventures of Doctor Who and her very pretty companion. I know January’s a way off (124 sleeps, to be precise!) but I hope you enjoy it.

The second uber-fun thing this week: my cousin Tee from Edmonton is in town, vacationing with her beau. We spent yesterday mooching around Kensington Market and catching up in the very moist heat of a hot summer’s day. Toronto hasn’t been overly warm or humid this summer, but this was a classic sweatbox experience. Which meant we ended up, eventually, in a pub, with icy beers in hand. Tee and I don’t know each other well… she is awesome, but there’s a seventeen-year age gap, and the last time we saw each other was at Grandma’s funeral. Needless to say, it was really terrific to strengthen the acquaintance at an event not involving death.

Third but definitely not least: Kelly and I went to a Gothic Romance Master Class session at TiFF where director Guillermo del Toro discussed and then screened a 90 minute speed version of Jane Eyre starring Orson Welles and Joan Fontaine. The movie was lacking many things, including the entire last half of the plot and almost any significant characterization of Jane herself, but del Toro’s analysis and his obvious love for gothic romance was illuminating. Kelly did a great write-up, which is here.

Brain Food: Kelly and I spent a few hours at the Royal Ontario Museum‘s Pompeii exhibit, checking out the mosaics and the lava, the buried household goods and statuary, the centuries-old flash-preserved olives and figs and the plaster casts of victims’ bodies. Afterward, we went upstairs to Viva Mexico and marveled at the intricacy of the weaving and embroidery.

Kudos for the Deserving: There are some good reviews and kudos out for Kelly’s “Waters of Versailles

,” here at SF Signal’s Women to Watch and at Quick Sips. There’s also a James Patrick Kelly editorial in Asimovs, about Kelly and some other people who’ve broken into that magazine lately. It’s called meet the firsties.   It’s meant, among other things, to remind aspiring writers that they might be… nextie!

Still Seeking Scenius: My regular writing date with Gemma Files and Madeline Ashby had a special guest star–author Charlene Challenger, whose The Voices in Between

is currently on the Sunburst and Aurora Award ballots for English Language YA. We went to a new-to-me place, the Istanbul Cafe, which was a completely lovely working environment, and where they played every hit of the Eighties that I ever wanted to sing along and/or boogie to.

My Teenage Cheeseball Obsession: The very best thing that happened this week was that I giggle every time I walk down to Queen Street, because the local shrine to vinyl here on St. Patrick, a store that often has some hilarious blast from the past in its window, had this: 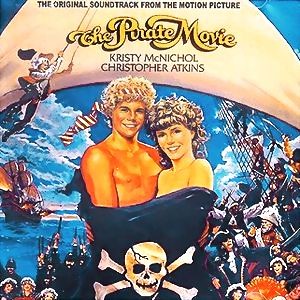 And now this is happening to you, oh yeah:

Uno: I have the pass proofs for A Daughter of No Nation

! This means I am one careful read-through away from being able to call this book … well, it’s already a book. And it’s already done. Medium rare? Even more done?

On a related note, a few metrics have come in that make it clear to me that more than one of you bought Child of a Hidden Sea

and Among the Silvering Herd

last week when many lovely folks were pushing the idea of buying Tor books and authors  for all the reasons. I want to thank you all for supporting me, my fellow Tor authors, and my publisher.

Due: The most recent round of feedback from my UCLA Novel Writing III students was extra-wonderful. They had a good time, they learned much, they loved each other, and they said glowing things about me. The feeling was mutual–they were an exceptionally hardworking and dedicated group, and there were some great breakthroughs.

These comments come in the form of anonymous comments on a survey, with numerical ratings. I don’t see the answers until final grades are posted. There’s no kiss-up factor, and often where there is a critical comment, it’s about something I can address before teaching the same class the next time. But it was extra nice, in a week with germs and other challenges, to get a perfect score. The student happiness with the most recent course was also gratifying because I have been restructuring these courses all year–UCLA changed its classroom software–and what I think this means, at least in part, is that after wrangling with Canvas for three terms, I’ve found the best way to teach, me-styles, within this new course shell.

Tre: I have the world’s most ridiculous reason for being excited about Ant-Man. Which is that it’s being released on Kelly’s birthday. (I do also like Paul Rudd.) Clearly anything associated with Kelly’s birthday is already a brilliant thing, covered in sparkly, and best accompanied by some delicious Prosecco.

Also, I think one of our oldest friends is coming to town that weekend. Hmmm, I should write to her.

(This is an experiment – @KellyRobson)