You Are Here: Home » Resources for Writers

Caitlin Sweet has tagged me and Kelly in the Writer Process Blog Tour, and posted her answers to the questions in that meme here. (She was tagged by Peter Watts, incidentally).

I will provide answers, but being tagged reminded me that 1) I’m trying to channel my inner Gomez Addams by finishing old business before jumping into new;

and 2) I’ve been working up a post about the things we writers post to the Internet about writing.

These essays tend to fall into a number of categories.

Writing lifestyle stuff
– To have a day job or not.
– To write in a cafe or not.
– Just plain finding the time.
– Also in this category is all the material about the emotional journey. That means things like coping with rejection, coping with success or failure, supportive versus unsupportive spouses (children, parents, gerbils, etc.), your first fan letter, good bad and ugly reviews, writers’ block. Anything you have feelings about.

Literary analysis
– My genre is like this, your genre is like that.
– This particular story is categorized as one thing, but is actually another.
– These genres are basically the same but are marketed to different people.
– Actual academic analysis of the work.

Our passions
– Books, shows, games, gadgets and other media that we think is cool. Sometimes we even talk about how well-written the stuff is.

History of writing
– How Leon de Tocqueville got it done and the Marquis de Sade’s editorial relationship with his… never mind.

Politics of writing
– Censorship.
– Sexism, Racism, ablism, and other issues: on the page, in the community, and within fandom.
– Writing that promotes a political agenda in some way.
– Writers who are politically active and whether/how/when/why that’s appropriate.

Health safety and wellness
– Writing desks short and tall.
– Food or exercise issues.
– Writing through illness.
– Technological assists.
– Why we should all have kittens. 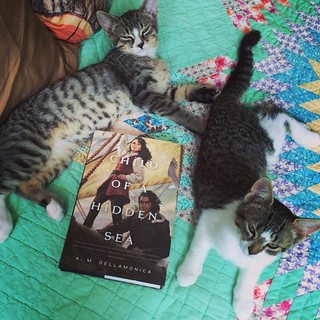 The reason I’m thinking about all of the above is that it makes me wonder I am wondering what we don’t talk about. Are there uncomfortable and difficult topics we should be addressing online? Would our readers and/or new writers be interested?

If so, what are those topics?

It is often hard for me to guess which of my various social media posts will end up garnering much in the way of response. Friday, I decided to to check a minor detail about beard shaving while I was writing. I status updated a query to the webs: Do you shower first or shave? Does that change in a crisis?

On Twitter, I got some pretty quick, straightforward answers. It was clear that this is a matter of preference and sometimes of technology (whether you use an electric razor affects the before/after equation. I assume that at least half of you know this from experience, but some of it was news to me, so I share anyway.

Over on Facebook, on the other hand, there was some whimsical imagining among my female relatives, fantasies involving a big shower full of shaving dudes. Then people showed up–most of them guys–to debate the fine points. What kind of crisis? They wanted to know. Would you even bother shaving if things were going pear-shaped? Someone even asked if it might be the kind of crisis where you wanted to be especially manly, by which he meant unwashed and a bit smelly and unkempt.

Now there’s something I hadn’t considered at all.

The thread ran to a hundred or so comments, all for a slightly odd and very short project that I am working on while I wait on some notes on the second Hidden Sea book. It was a fun thread, and it drove home a general principle about writing and research: a lot of the tiny details you include in your work might only pass if they go by fast, if readers don’t have a chance to examine them.

Case in point: I probably could’ve dropped the reference to shaving into the piece without another thought, and had a 99% chance nobody would say boo. But when you put the detail under the microscope, questions emerge. Tom, the guy in the scene, is fifteen, not necessarily an age where a man will have to shave every day unless he’s especially hirsute. There’s a girl in the mix, and a small part of Tom’s mind is attuned to the possibility of impressing her. The idea that a girl might like him is a far more appealing thing to contemplate than the family member he’s been visiting in hospital.

If we thought about every tiny detail in our work to this degree, it’s a fair bet that most novels would take ten years to write. But it’s also important, especially if you are at a remove or two from your characters, to occasionally poke into our assumptions about how it all works. These are the small things we can sometimes get wrong. When we do, we can render our work unconvincing to a significant chunk of our readership.

I’m not saying launch a 100-post thread on Facebook every time your characters make a minor decision.

Back when I begged you all to throw me some blog topics, the ever-hilarious Lorraine Valestuk said: “Why does practically every lead in a fantasy novel have to have green eyes?”

The query was a bit tongue-in-cheek, obviously, and since the question originated on Facebook, it generated chatter in a similar vein. Some laid the blame at Marion Zimmer Bradley’s doormat; I assume that means Mists of Avalon is overrun with green-eyed girls, boys and dragons, but I’m not about to reread it to confirm this guess.

This is the kind of question that showcases how completely I am not a doctor of literature, fantastic or otherwise. But the conversation did spark some thoughts.

First, and perhaps uncharitably: at least it’s not frickin’ violet. As a teacher who works with a lot of new writers, I’m here to tell you that it hasn’t been that long since every quarter brought me a manuscript whose heroine had violet eyes and, sometimes, sparkly diamond eyelashes. Maybe a memo went out, though, because this particular means of making the hero tres exotique seems to have died down.

Second: Describing your characters in an interesting and vivid fashion can be deceptively tough. A lot of writers look for that quick shot, the combo of words that will sketch body size, hair/eye color, and skin tone onto the reader’s imagination. Looks aren’t important, right, as long as we know she’s not only a super-amazing nuclear physicist (slash ninja) but also hot? And so we figure we’re done.

A problem with giving a mug shot is that it can get repetitive in a novel with a dozen or more characters.

We have eyes everywhere! Compounding this challenge is the fact that we want to drag the eyes into the narrative a lot… especially during character interaction.

Tears clustered at the ends of Mary’s diamond lashes, framing her violet irises magnificently. “How can you say that?”

Burt gave them both a sidewise glance, rolled his eyes, and then looked skyward, beseeching the author to stop with the cheesy examples already.

Pro tip: try using a metaphor. Even “Harry was a rhinocerous of a man,” will give us something specific to imagine, far more easily than, “Harry was tan, burly, blue-eyed and had a truly epic nose.”

Thought four: our default assumptions about beauty are, among other things, racist.

One of those leaps of logic we make without thinking about it, when writing, tends to be that our main characters are physically attractive, especially if they’re women. If you’ve already already decided that your good guys are pretty–even though there is, perhaps, no good reason to drag a person’s looks into the story–it’s easy, so terribly easy, to not even question whether they might be a person of pallor.

Green and blue eyes, unless you specify otherwise, are going to default in a reader’s mind to white-skinned and possibly blonde, just as surely as the phrase ‘my moustache’ is going to lead us to think ‘dude’ or ‘itchy fangs’ is gonna take us to ‘creepy, diseased vampire in need of a dentist’.

Do an image search for green-eyed actresses and you get people like Drew Barrymore. They’re white, their yellow hair is straight, they tend to be tall and–lest we forget–they’re also thin.

This isn’t a new insight, I know. And I’m not saying every writer who pops a pair of sparkling emerald orbs in their protagonist’s skull, rounding out the chiseled cheekbones and flawless complexion–no, make that a light dusting of freckles!–is being racist. But writers should at least examine where these impulses are coming from. Why is your resourceful, brilliant and downright saintly hero also naturally gorgeous? Is that necessary?

If it is, how narrowly are you defining gorgeous?

When you cast your mind ahead to the blockbuster film that will be made from your book–when you imagine casting the cinematic extravaganza that will win you an Oscar and make you richer than… well, richer than at least twelve other people… how diverse is the actor palette you’re imagining? This may be a question worth examining.

If the answer makes you uneasy, maybe you should take a breath, go read James Alan Gardner’s Expendable

, and rethink those green eyes.

This week’s guest post at Magical Words is up. It’s about forcing your characters to behave against your own inclinations, the better to populate your books with people who aren’t entirely like you. Enjoy!

I’m playing around here with prose editing techniques, with help from a writer who graciously agreed to let me invade her draft:

A few things I forgot to say in the video:

Would you watch more of these? Even if they don’t include kittens? Let me know.