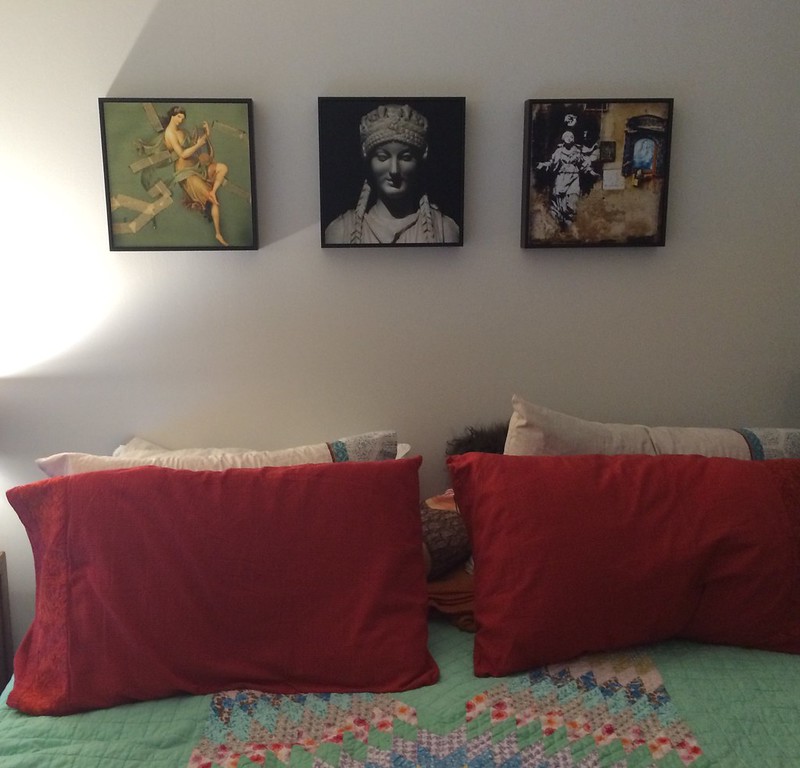 Kelly and I have been in our home near the Art Gallery of Ontario for 275 days as of today, and while we’re counting things I’ll add that we got the cats 252 days ago. (Yes, I derive insane amounts of pleasure from the Days Until app.) Obviously we settled in quite quickly, especially as it was such a small move compared to the one in 2013.

Still, it takes awhile to sort out all the little bits and pieces, to make everything cozy and satisfying. We had trips and company and more trips; it took awhile to nail down a bunch of little annoyances, like patching a hole in the counter, fixing the floor and getting the closet door fixed. Actually, we obliged a recent guest to do that last thing for us. Thank you, Bill!

Something that has helped lately was Kelly’s having discovered Posterjack, an Ontario company that makes it ludicrously easy to get nice framed prints of some of our favorite photos.

Last week we hung three photos we took while rambling around Italy… how many days ago did we leave? Oh, a mere 1139! The first is an earthquake-damaged fresco in the Palazzo dei Normanni, otherwise known as the Sicilian parliament. The second is on display at Il Museo Archeologico Nazionale di Napoli. The third is a bit of street art, also from Naples, that Kelly shot while we were wandering around on New Year’s Day.

Speaking of Naples, Italy, and the Archeological Museum, the Royal Ontario Museum is getting Pompeii artifacts this June. Witness their glee!

They’re excited. I’m excited. Are you excited? One hundred and thirty-nine sleeps!