There are a lot of things about Experimental Film that are gaspworthy, horrifying, disturbing and exciting, and I hope to talk more about this book as time spools, but right now I just want to give you five reasons to read the living hell out of this awesome new horror novel from Gemma Files. 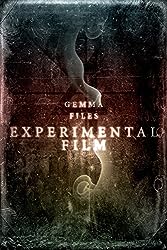 2. The bad stuff isn’t lurking in the shadows. You know how vampires and spooks wait for it to get dark and dreary, and then creep up on you? You know that idea that you can barricade yourself in somewhere safe, and at dawn it’ll all be over for awhile? Not in this story. The dread thing in Experimental Film comes at you in the full light of a summer’s day, in all its searing heat and blinding glare.

3. I heart Haunted Toronto. This book is another piece in the creepy patchwork universe Files has created, and I love it with a love that’s true. Her characters have lunch down the street from my house. They get into full-on confrontations with monsters at the Kensington Market. And there’s always an expedition out to the backroads of cabin country, a part of the province I really haven’t seen yet, where the skin between worlds is thin and permeable and something far more disturbing than a Hellmouth is on the bubble.

4. Victorian Creep Factor, Canada Styles. The mystery at the heart of this book is about an early auteur filmmaker working in the days of silver nitrate and no rules. Iris Whitcomb made the same movie over and over, with the aid of spiritualists, as she tried to discover why her son Hyatt vanished in 1908.  Then she vanished too, from a moving train whose passenger compartment apparently caught on fire en route to the city.

5. Crunchy family stuff rounds out the dark notes. This brings us back, in a way, to the idea of an atypical hero. Lois is no lone wolf. She may want to be at times; she may be unconvinced she’s got much worthwhile going on as a wife and mother. But as she wrangles with the missing Iris and her incandescent producer, she also has to deal with her child, her marriage, her in-laws, and her own often-problematic mom. It’s not always easy to read–plenty of folks will find their own family-of-origin nerves twanging as things play out–but it’s very believable. And what good is a horror novel if you don’t feel, on some level, as if this could have happened to someone like you?

Gemma did a Heroine Question interview here back in June, by the way, so if you’re curious about who she liked to read about as a kid, check it out.