This is one of those experimental posts that comes of the Internet having improved itself without my permission. It used to do a thing with Flickr that I quite liked, and I’m seeing what it does now. To which end: some pics of one of our gorgeous local campuses. 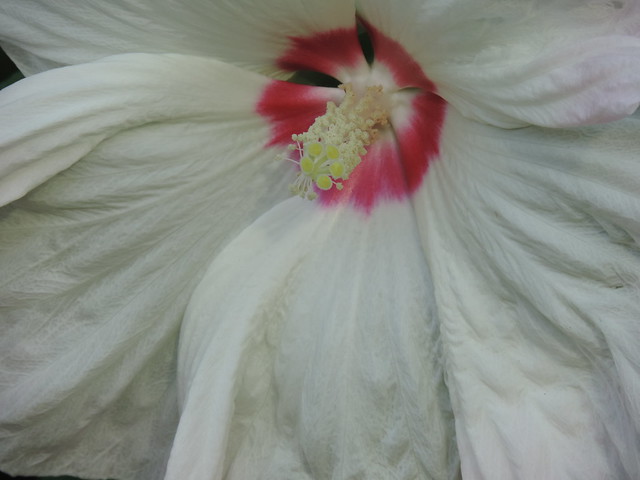 Hugo and Campbell award finalist Sarah Gailey is an internationally-published writer of fiction and nonfiction. Her nonfiction has been published by Mashable and the Boston Globe, and she is a regular contributor for Tor.com and Barnes & Noble. Her most recent fiction credits include Mothership Zeta, Fireside Fiction, and the Speculative Bookshop Anthology. Her debut novella, River of Teeth

, comes out in May 2017. She has a novel forthcoming from Tor Books in Spring 2019. Gailey lives in beautiful Oakland, California with her husband and two scrappy dogs. You can find links to her work at www.sarahgailey.com; find her on social media @gaileyfrey.

The first time I met Chamuco, I took my shirt off and he traced the outline of my back onto a sheet of paper and we talked about the shape of the universe. The design I wanted was stark, simple, and infinite.

Everyone wants to know what it is and what it means. The amount of explaining I do largely depends on who is asking.

Random guy at a festival who grabs me by the shoulder so his friend can take a photograph of my back gets “not your fucking business.”

Stranger at a con who asks politely, interrupting a conversation I’m having with a friend gets “it’s a tree.”

Friend who I dearly love and who has just purchased me my third glass of champagne gets this:

Dendritic patterning is a motif that is already intrinsic to my body. It’s the pattern that’s found in neurons, and lungs, and blood vessels. It’s also the pattern that’s in tree branches, and lightning, and river deltas. It represents my faith. It represents the way that my past connects to my future. It represents the infinite smallness and infinite largeness of everything I am and everything I do. It represents all the terrible things in my life, and the way all of those terrible things came together to point to a path that I’m glad to be on, and the way all of those things will eventually prove to be small in the great scope and scale of my life.

The first time I met Chamuco, I told him what I wanted, and he responded with a sketch that filled the top third of my back. The session took four and a half hours. Chamuco started at the bottom and worked his way up. I braced my arms against the back of a plastic-wrap-covered office chair and told him about my life as he worked. At the very top of the piece, he shaved off part of my hair with a straight razor. The tattoo needle made my skull vibrate so hard that my vision blurred, and I saw what pain feels like.

When I came back, Chamuco put an octopus on my thigh.

I trusted him by then. I trusted him so much that I indicated a span of flesh ranging from the top of my pelvis to the top of my knee, and I said “put an octopus there, whatever you want.” Chamuco was pretty excited — it turns out he’d spent days and nights at the Monterey Bay Aquarium studying the way tentacled creatures move. He gave me my second tattoo in another 4-hour session.

I didn’t come back again for five years or so. I’d gotten a lot of skin covered in a short time. I didn’t want anything else yet. I sent friends and family to Chamuco, and I kept up with him on social media, and I followed his artistic career as much as I could. It felt like a shorter time than it really was.

When I came back, I wanted my upper arms covered. They had scars on them, and they embarrassed me in that way that things only you ever notice can be embarrassing.

“What do you want?” he asked me, after we caught up a little.

“White ink,” I said. I liked the way it looked, and I liked how it would make my scars blend in. “Something that will go with my back piece. Whatever you want.”

I was wearing a strapless dress, and I rolled it down so that Chamuco could see my back piece. I stood with my arms outstretched as he drew on my skin, freehand, with a sharpie. I looked in the mirror at the curling, lacy wings he was applying to my shoulders and upper arms, and I smiled. I asked for one small adjustment — a curl where there was a straight line — and within a couple of hours the filigree was permanent.

I came back a week later for touch-ups on my back and thigh, and I realized how good I had it — that I could come to someone and ask them for something that would be on my skin forever, and I never once had to worry about whether or not I’d love it. Chamuco’s additions make me feel like art. When River of Teeth

It always is, in the end.

About this post: Inksplanations (and variations thereon) is the name for a series of short interviews with a number of genre writers about their tattoos. Why they got them, what they mean, how getting ink did or didn’t change them–any and all of these topics are fair game. What drives a literary artist to literally become canvas for an image or epigram? Did they get what they were seeking? I wanted to know, especially after I got my 2016 poppies from Toronto artist Lorena Lorenzo at Blackline Studio, and so I did what any curious writer would do. I asked.

I dictated the draft of this post last night, into my phone, from a comfy seat on the shores of Lake Ontario. I had to pass a few thousand hockey fans to get here; I had not realized a playoff game was happening tonight, but the crowds were identically dressed, good tempered, and very, very huge.

It was worth swimming against the throngs. I ended up looking at calm water and listening to the shriek of a million seagulls and red-winged blackbirds. The sun was still up as it approached 7 o’clock and people were strolling around enjoying the tail end of what was a glorious day. There was even a sparrow mooching at my feet, though I had nothing to offer him.

In unrelated news, I killed the Planetalyx livejournal this week. I had not been using it much anymore, but was still exporting this blog out to it, as I do to Facebook, Goodreads, and a few other bits of online real estate. The recent changes to the LJ terms of service and the explicit queer hatred bundled therein were, as I’m sure you can imagine, last straws.

On Monday I posted a rundown on all of my 2016 reading except new-to-me books: the student projects, rereads, short fiction, first chapters, you name it. Today, I give you the things I read from cover to cover.

They were amazing, and you will love them!

Crossroads of Canopy: Book One in the Titan’s Forest Trilogy

, by Thoraiya Dyer
And Carry a Big Stick, by S.M. Stirling (March 2018)
Weave a Circle Round

, by Kari Maaren
All Those Explosions Were Someone Else’s Fault

Just as wonderful, but slightly less hot off the presses…

The Witch of Lime Street: Séance, Seduction, and Houdini in the Spirit World

, by Madeline Ashby
Step Aside, Pops: A Hark! A Vagrant Collection

, by Kate Beaton
The City of Falling Angels

, by John Berendt
The Tiger: A True Story of Vengeance and Survival

, by John Vaillant
The Golden Spruce: A True Story of Myth, Madness, and Greed

, by Connie Willis (read my Tor.com review here!)
Mystery on the Isles of Shoals: Closing the Case on the Smuttynose Ax Murders of 1873

, by Fran Wilde
A Feast of Sorrows

, by Angela Slatter (read my Tor.com review here! Also, check out this cover.)

, by Tana French
The Coming Swarm: DDOS Actions, Hacktivism, and Civil Disobedience on the Internet

, by Madeline Ashby
This was my reading year! And 2016 being in the rear view, perhaps I’ll ask: How has yours been so far?

In 2016 I read approximately 120 stories and/or partial novels from students, pieces ranging in length from 1,000 words to 25,000, and wrote a critique for each and every one.  I also read over fifty stories, novelettes and novellas for the Heiresses of Russ 2016

anthology, which I co-edited with Steve Berman. Most of those, naturally, I read twice.

Because of the anthology, I was often very focused on short fiction, and read a lot of it online. I had promised myself that I would remember to record titles and authors and links, and I probably managed to do this a quarter of the time. When I list notable shorts, below, know that I may well have read and loved your story too… I just forgot to cut and paste the link into my master list.

​“This is not a Wardrobe Door,” by A. Merc Rustad
“Only their Shining Beauty was Left,” by Fran Wilde
“Motherlands,” by Susan Jane Bigelow
​“No Matter Which Way We Turned,” by Brian Evenson
“Hungry Daughters of Starving Mothers, by Alyssa Wong
“Madeline,” by Amal El-Mohtar
“And You Shall Know Her By The Trail Of Dead,” by Brooke Bolander
“The New Mother,” by Eugene Fischer
“The Blood that Pulses in the Veins of One,” by JY Yang
“Grandmother Nai-Leylit’s Cloth of Winds,” by Rose Lemburg
“Fabulous Beasts,” by Priya Sharma
“Over a Narrow Sea,” by Camille Alexa
“A Million Future Days,” by Charles Payseur

Samples and Starts: Another new category for me, this year, was first chapters and samples of books I didn’t go on with. Usually these were non-fiction works with great concepts and line by line writing that wasn’t quite delicious enough to out-compete all the other brilliant non-fiction books out there.

The Suspicions of Mr. Whicher: A Shocking Murder and the Undoing of a Great Victorian Detective

, by Kate Summerscale
The Winter Prince

, by Elizabeth Wein
Accused, by Mark Giminez
Tales From Development Hell: The Greatest Movies Never Made?

by David Hughes
Morgue: A Life in Death

When I am reading a lot of student work, I find new novels rather hard to tackle. Too much of my headspace is taken up, and so I reread. I didn’t record these very well either, in 2016. I know Tana French’s Broken Harbor

were among them, as was Minette Walters’ The Shape of Snakes

And this is plenty for you all to chew on, so I’ll make a second post, soon, containing 20 new-to-me novel-length works I read in 2016!