Sean Williams calls out Pern in the Heroine Question

Sean Williams is an award-winning, #1 New York Times-bestselling author of over forty novels and one hundred stories, including some set in the Star Wars and Doctor Who universes. His latest is Hollowgirl, the final book in his Twinmaker trilogy. He lives just up the road from the best chocolate factory in Australia with his family and a pet plastic fish.

As a young boy who wasn’t into sports or fighting, I struggled to identify with many of the male leads in the science fiction and fantasy novels I loved. It was always a treat, therefore, to encounter women in fiction who stood out from the norm, women like Tenar in The Tombs of Atuan, Teela from Ringworld, and Lessa from many wonderful Pern books. I was tempted to pick one of them in answer to this question in order to then speculate as to whether I would regard them with such awe now, after many subsequent years reading through a much wider library than was available to me back then. The truth, though, is that the heroine who immediately came to mind, and who has had the greatest influence on my life, on and off the page, is one of Anne McCaffery’s lesser known characters: Sharra of Southern Hold.

I know exactly why she made such a big impression on me. Sharra’s not a major character in the early Pern books. She doesn’t appear at all until The White Dragon, and even then she largely plays against the main character, who she later marries. But she made a big impression, at least on me. She’s described as “not pretty”, with irregular features, a long nose and a chin that is “a shade too firm for beauty”, yet she has many other attractive qualities, and not just her voice. She is an accomplished Healer, which later leads her into the sciences and the annihilation of her world’s greatest biological threat. Curiosity and a keen wit makes her a smart operator of the people around her, including her husband. I admired her for her brains and for not being one of the beautiful people. That doesn’t stop her from needing to be rescued pretty soon after we meet her, but you can’t have everything, alas.

Sharra rebels against her family to do what’s right, and uses her brain as well as her heart to determine what “right” might be. My female leads (and I love writing female leads) are always trying to find that same balance between gut and intellect. This is nothing new, of course, but I do think of Sharra when I approach their particular issues. Clair, the main character of my Twinmaker series, is constantly struggling between the mismatch between means and ends. Intending sincerely to do the right thing doesn’t mean you won’t accidentally destroy the world, because no one’s superhuman. Everyone’s imperfect.

The idea of imperfection is important to me, too. That’s the story engine at the heart of Twinmaker–the idea that “improvement” is automatically a good thing. Erasing imperfection, to my mind, erases identity and uniqueness in all facets of life and art. When I said earlier that Sharra influenced me off the page and on, I was referring to a line I’ve used often: that she gave me my love of women with interesting noses. Bordering on facile, but there’s a grain of truth to it. Buff blokes blowing up the bad guys are as tedious as their perfect peril princesses. I like my characters and my friends to be imperfect, entertainingly flawed, beautifully real. 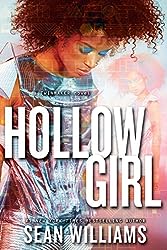 About this post: The Heroine Question is my name for a series of short interviews with female writers about their favorite characters and literary influences. Clicking the link will allow you to browse all the other interviews, with awesome people like Kay Kenyon, Louise Marley, Juliet McKenna, and Alex Bledsoe. If you prefer something more in the way of an actual index, it’s here.