Kay Kenyon drills down in The Heroine Question

Kay Kenyon’s latest novels are the fantasies Queen of the Deep, about an enchanted ship, both a colossal steam vessel and a Renaissance kingdom; and A Thousand Perfect Things,about a Victorian woman’s bid for forbidden powers in an altered India of magic. Her science fiction quartet, The Entire and the Rose, was hailed by The Washington Post as “A splendid fantasy quest as compelling as anything by Stephen R. Donaldson, Philip Jose Farmer or yes, J. R. R. Tolkien.”

Her novel Bright of the Sky was among Publishers Weekly’s top 150 books of 2007. Other of her SF works were nominated for the Philip K. Dick Award and the John W. Campbell award. A founding member of the Write on the River conference in Wenatchee, Washington, she is currently working on a paranormal historical mystery.

The earliest fictional stars in my universe were male. Most of the exciting books, whether mysteries or action adventure, were told from the male viewpoint. I think this is one reason I got a late start in feminism: my beloved books had few role models for girls.

(That, and a complicated childhood, where “what do you want to be” was a reach too far for a kid who just wanted to handle the day-to-day.)

This all changed when Dune came out. OK, Paul Atreides. Fine. But the rock stars were the Bene Gesserit. I was no longer a child, but as a young woman I was drilling down into science fiction and becoming enthralled with the sense that the lid was off of confining realities. Other planets, other beings, other value systems. As Dune peeled back layer after layer of the Bene Gesserit, I was smitten.

How did they capture your affections and your imagination so strongly?

Oh boy, where to begin. I loved their quiet, scary strength–and that it didn’t come from innate powers, but from acquired abilities. You could be trained. The key to their power was a frightening intelligence derived from spiritual/mystical disciplines; that appealed immensely. Here was a realm where women could really compete. And they were successful as a group as well as individually: a matriarchy that engaged with geo politics over thousands of years. And what was their reception by the male-dominated world?

They were feared by everyone, derided by many who called them witches or weirding women. And look at the power of the older members of the order, those who became Reverend Mothers. Yet, if you were young and beautiful you could use sex as a power and no one would dare call you a bitch. And by their lights, they were guiding humanity along a path, so there was a vision and a cause to believe in.

How does this compare to the female characters in your work? Are the Bene Gesserit their literary ancestors?

My tribute to the Bene Gesserit came in my fifth book, Maximum Ice, a Philip K. Dick-nominated novel. The Ice Nuns: powerful, tapping into the quasi-crystal Ice of the altered Earth, their version of melange. And in my quartet, The Entire and the Rose, I may have found a subconscious literary inspiration here for Cixi: ancient, supremely political, feared by even the aliens who hold sway, she is the supreme head of the Magisterium.

How do you feel about the word heroine? In these posts, I am specifically looking for female authors’ female influences, whether those women they looked up to were other writers or Anne of Green Gables. Does the word heroine have a purpose that isn’t served by equally well by hero?

For a long time the language has been dropping diminuitive forms of nouns that specify female. (Few people would use “aviatrix” for example.) Eventually “heroine” may pass from use as well. Most people don’t use the word to indicate a female example of a major character except to create a topic-specific, useful category. As you did in this series.

(Otherwise you might have said female protagonist, but that’s a mouthful.) As long as it’s useful in particular contexts it doesn’t bother me. 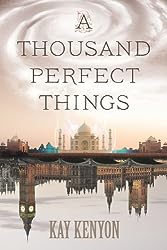 About this post: The Heroine Question is my name for a series of short interviews with female writers about their favorite characters and literary influences. Clicking the link will allow you to browse all the other interviews, with awesome people like Louise Marley, Juliet McKenna, Alex Bledsoe, and Kelly Robson. If you prefer something more in the way of an actual index, it’s here.