J. Kathleen Cheney is a former teacher and has taught mathematics ranging from 7th grade to Calculus, with a brief stint as a Gifted and Talented Specialist.  Her novella “Iron Shoes” was a 2010 Nebula Award Finalist.  Her novel, The Golden City was a Finalist for the 2014 Locus Awards (Best First Novel). The final book in that series, The Shores of Spain came out in July, and a new series will debut in February 2016 with Dreaming Death.

I still have two books from second grade, and one of them is The Witch of Blackbird Pond, by Elizabeth George Speare. I don’t know how heroic one would consider Kit Tyler, the main character of the book. She doesn’t fight a battle, kill demons, or win the rich gentleman’s heart (actually, she does that last one but hands it back.) I admired her anyway.

I loved that book too! What was it Kit did–what qualities did she have that captured your affections and your imagination so strongly?

What Kit Tyler does is defy expectations. That’s what I admired about her. She didn’t do things simply because she’d been told to do so. Since I seem to be wired that way myself, I could relate to most of her decisions.

Some of them came from simple ignorance on her part. For example, her inability to make decent corn pudding because she’s too impatient–I understand that all too well. To this day, I lack patience in cooking.

Kit makes mistakes, and most of the time she learns from them. But a lot of her defiance is borne of a willingness to look past other peoples’ prejudices and let her conscience drive her instead. And because of that she teaches a young girl to read and makes friends with the title witch. When she’s falsely accused or witchcraft herself, she faces down her accusers in court (with the help of her friends)….even though she was given a chance to escape her jail earlier and run away. She did what she thought was right, though, while knowing it might have a terrible outcome.

Of course, because it’s a novel, things come out all right in the end.

I would like to think that most of my heroines do the right thing, even if it’s not what they’re told to do, not the socially accepted thing, or not the most financially sound decision. In a lot of ways, they do go back to that second grade reading experience. They make mistakes. I want them to learn from them, like Kit Tyler did (although I will eschew the corn pudding experience.)

And I want them to make the hard choice, the choice that they could have worked around.

Hard choices are what make a heroine, even if she’s not killing demons.

Bonus round: How do you feel about the word heroine? In these posts, I am specifically looking for authors’ female influences, whether those women they looked up to were other writers or Anne of Green Gables. Does the word heroine have a purpose that isn’t served by equally well by hero?

In most ways, hero and heroine are the same, the protagonist of the story. But heroine carries one added factor: the heroine usually has to defy societal norms. In most cultures, men are expected to step up while women are expected to wait. And that’s where a heroine’s actions can be much more subtle, yet still be heroic. In some places, heroism might be something as small as wearing trousers or going to school or talking to someone your family doesn’t approve of. And while men can face similar challenges, in most places, the bar is harder for women to cross. So I feel like the word heroine has that additional baggage attached. 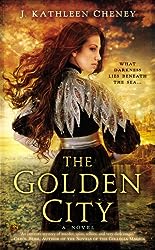 About this post: The Heroine Question is my name for a series of short interviews with female writers about their favorite characters and literary influences. Clicking the link will allow you to browse all the other interviews, with awesome people like Linda Nagata, Kay Kenyon, and Louise Marley. If you prefer something more in the way of an actual index, it’s here.